The lowland raised bog is one of Western Europe´s rarest and most threatened habitats. In England, the Thorne Moor Special Area of Conservation in South Yorkshire is a part of the last remnants of a much larger wetland area that once covered the Humberhead Levels floodplain.

The LIFE Moor Space project has now been launched to improve the conservation status of degraded and active raised bogs within the Throne Moor Special Area of Conservation. The aim is to restore 400 hectares of degraded bog, and also secure agreements with local landowners to ensure that those land are managed in a suitable way.

A major component of the project is to remove invasive rhododendron from the conservation area, and thereafter plant Sphagnum mosses.

The LIFE Moor Space project is largely a continuation of the THAT’S LIFE (LIFE13 NAT/UK/000451) project, which achieved improvements in the conservation area but could not fix everything. Examples of issues that still needs addressing are drainage, invasive scrubs, nutrients and pollution from nearby agricultural lands, and how the impact of the wetter winters and drier summers caused by climate change can be mitigated. 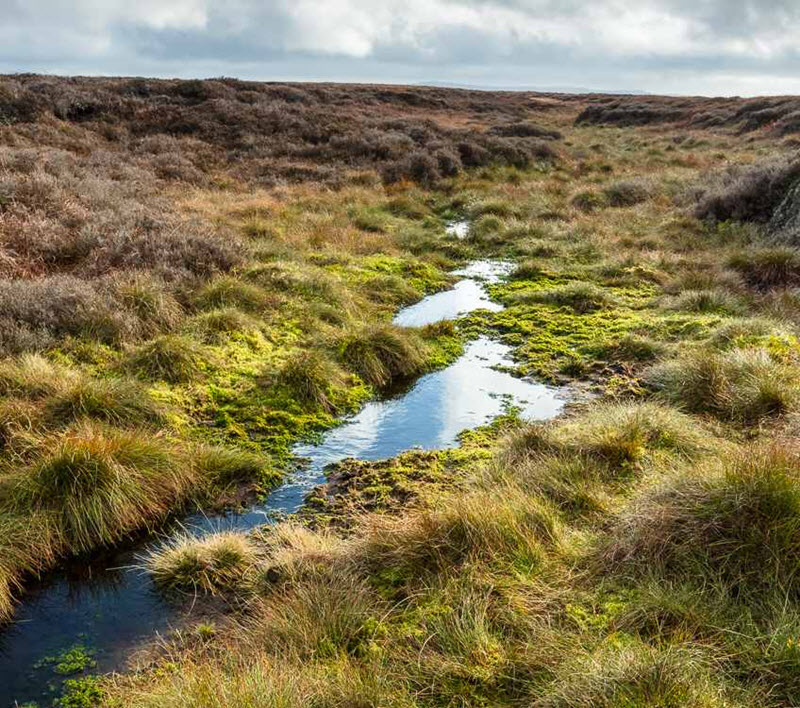 Natural England is responsible for the coordination of the project. It is an executive non-departmental public body sponsored by the Department for Environment, Food & Rural Affairs, and it functions as the government´s advisor for natural environments in England.

About the Thorne Moor Special Area of Conservation

Examples of activities that will be carried out as a part of the project.

400 ha of degraded bog will be restored, and the long-term situation for over 1,800 ha of conservation area will be improved. To achieve this, the project will acquire nine separate blocks of land (total area for them is 80 ha) to enable coherent water level management for a total of 400 ha.

Water levels will be restored to optimal levels (circa 20 cm). This will involve the installation of 4 dams, 2.6 km of drain works, 1.2 km of piling and 1.8 km of bunding on cell boundaries.

Scrubs/trees will be removed from the bog, which in turn will diminish the evapo-transpiration. The invasive rhododendron will be a special target for this, as it is not native to the environment. All in all, 50 ha of mixed birch/rhododendron scrub is expected to be cleared from the conservation area and adjacent lands, and a follow-up clearance will then take place 3-5 years later.

Native Sphagnum species will be planted on the bog. The goal is 5 ha of Sphagnum plugs planted at 25% density across 20 ha.

A Wildfire Management Plan that addresses climate resilience will be developed and 3 km of fire breaks will be put in place.

Trial public/private collective 30-year agreements for carbon storage will be available within the Special Area of Conservation.

The project will promote the use of complementary angri-environment funding to achieve a functional wet zone along the edges of the bog, as such a wet zone would act as a buffer against agricultural run-off rich in nutrients and pollutants.