The LIFE of Falcons project aims to enable the recovery of the endangered Saker falcon in Bulgaria and southern Romania.

Part of the project is aimed at mitigating the underlying causes of falcon killings and deaths in Bulgaria and southern Romania. Three important focus points for this are: 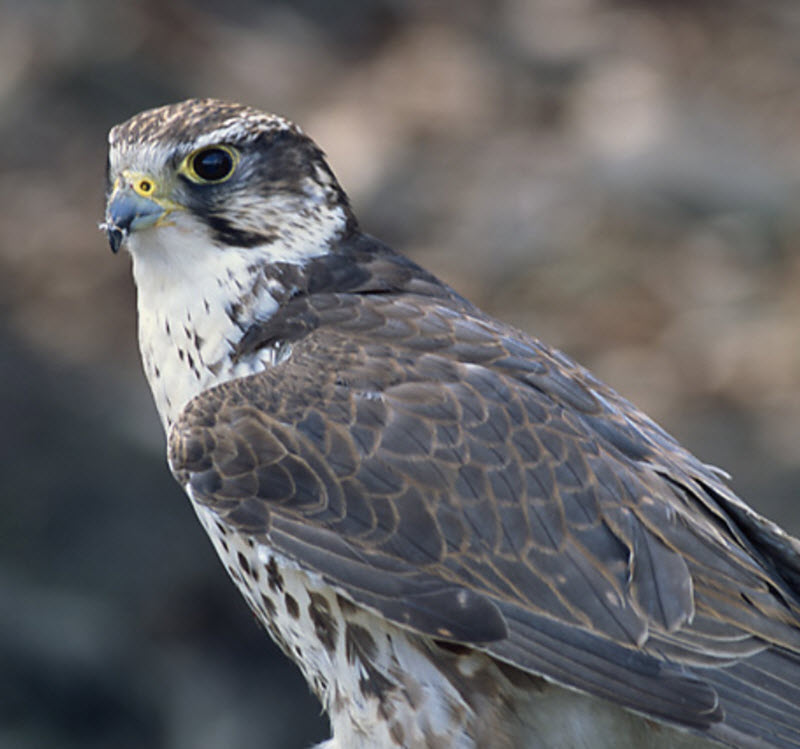 The project, which is coordinated by the Bulgarian Society for Protection of Birds, involves several participants, including:

About the Saker falcon

The Saker falcon (Falco cherrug) is a large falcon that has been listed as Endangered on the IUCN Red List since 2012, when its listing status was changed to Endangered from just Vulnerable. The 2012 change was prompted by an evaluated decline of around 50% in its global population within the previous 20 years.

The Saker falcon´s native range includes parts of central and south-eastern Europe, fairly limited areas in northern and central Africa, and parts of Asia. The breeding region for the bird runs from central Europe eastwards across the Palearctic to Manchuria. It is a migratory bird, except for a few areas in the southernmost parts of its range where Saker falcons have been observed year round. Examples of notable wintering places are Ethiopia, the Arabian peninsula, northern Pakistan, and western China.

The Saker falcon is the national bird of three different countries: Hungary, the United Arab Emirates, and Mongolia.

About the Saker falcon in Bulgaria and Romania

In Europe, the historical range of the Sake falcon has become dramatically reduced and fragmented since the end of World War II, and one of the places where the falcon has had its habitat both diminished, damaged and broken up is the Bulgaria-Romania cross-border region.

The Saker falcon used to be widespread in Bulgaria, but a drastic decline was recorded in the 1950s. Since 2010, only a few occupied territories have been reported in Bulgaria, and only one nest has been found. Over roughly four decades, the population declined by 90%.

An investigation in Romania that took place following the implementation of the cross-border project LIFE09 NAT/HU/000384 showed that at least 23 breeding pairs had been reported in the previous five years.

Examples from the project

Here are a few examples of details from the project plan; some of these actions have already been carried out at the time of writing or are currently going on.

A total of 100 ha of land will be purchased by the Bulgarian Society for Protection of Birds for long-term conservation of key plots.

Having sufficient wild prey for the falcons (and keeping racing pigeons safe) is integral for the success of the project. Therefore, the project will promote the recovery of key prey species such as the European ground squirrel, and translocations will be carried out to the purchased land plots.

In at least one protected area, the project will breed and restock Romanian hamsters. Captive populations will be developed and kept ready for future reintroduction programmes.

At least 300 pylons will be insulated to prevent electrocution of birds.