Once upon a time, the Caucasian leopard was a rather widespread species in Armenia, including the Armenian Highlands. By 1987, the populations had declined so much that the subspecies was included in the Red Data Book of the Armenian SSR. When the leopard conservation project was launched in 2002, as few as one or possibly two leopards were believed to remain in Armenia. 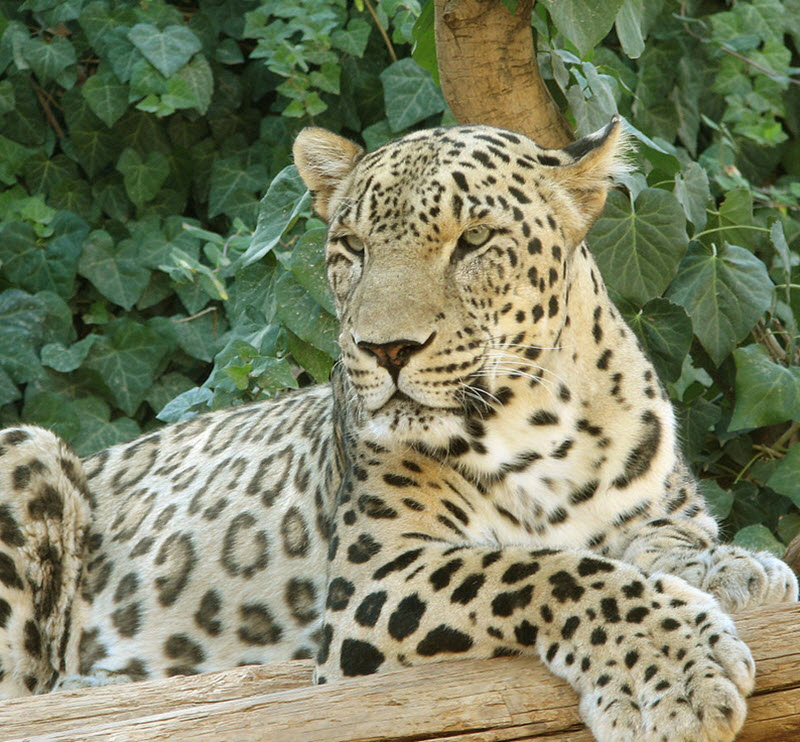 Goals for the Leopard Conservation Project in Armenia

About the Caucasian leopard

The Caucasian leopard (Panthera pardus tulliana) is a subspecies of leopard native to the Iranian Plateau and surrounding areas in Turkey, the Caucasus, Iran, Turkmenistan, Afghanistan, and Pakistan. The Caucasus is a region between the Black Sea and the Caspian Sea, and one of the countries here is Armenia.

The subspecies is also known as Persian leopard and Anatolian leopard.

Since the native region of the Caucasian leopard encompasses many different countries, and leopards are capable of migrating across country borders, it is important for the regional countries to work together to preserve the populations. In 2006, the WWF and IUCN jointly launched the development of a regional leopard conservation strategy which involves region experts and representatives of national authorities. In Armenia, the regional conservation strategy was used as a basis for the Leopard Conservation Action Plan for Armenia. The Leopard Conservation Action Plan for Armenia involves a series of action, including the establishment of new Protected Areas and the creation of ecological corridors between leopard habitats.

As a result, two new Protected Areas were established in Armenia by governmental decree in 2009:

Both of these Protected Areas are located in the Syunik Province in southern Armenia.

The safeguard the Protected Areas, WWF is providing them with resources for monitoring and conservation activities. Among other things, this includes creating and maintaining infrastructure, providing equipment, and providing off-road vehicles and fuel for them.

WWF works in close colaboration with local target communities, as they are essential for the success of promoting and safeguarding the Caucasian leopard in Armenia. Small-scale community projects have been realized in the Syunik, Ararat and Vayots Dzor regions. Among other things, certain small communities have been provided with drinking water infrastructure, farm machinery and the installation of street lights.

Within the framework of the Leopard Conservation Project, WWF is cooperating with the Environmental Protection and Mining Inspection Body of Armenia to fight against poaching in Syunik, Vayots Dzor and Gegharkunik. On the province level (marz-level), anti-poaching inspectors have been provided with off-road-vehicles, cameras, telescopic instruments, and drones.

The Leopard Caretakers´ Network was established in Armenia in 2016. Within this network, roughly 20 caretakers are monitoring local wildlife, including leopards (when applicable) and key leopard prey species. In Vayots Dzor and Syunik, camera traps have been installed. The Leopard Caretakers´ Network also arrange activities to boost public awarness, including special coursed for young local residents, and the caretakers themselves continously receive theoretical and practical education under the Leopard Preservation Project´s umbrella.

All in all, more than one hundred camera traps have been installed in Protected Areas and adjacent locations in Southern Armenia. The goal is to learn more about the animals living in these areas, in order to make the conservation efforts even more successful.

As mentioned above, eco-education in Armenia is considered a very important aspect of the project, and that includes reaching out to and listening to local communities living within the leopard region.

One part of this is the Junior Ranger´s Program, which has been launched in colaboration with the Arpa Protected Landscape, AYB School and the communities of Areni and Khachik. In the program, pupils get a chance to be involved in wildlife monitoring activities.

Other examples of out-reach activities is the creation of the website leopard.am.

To make sure leopard conservation efforts continue in Armenia, WWF has developed and launched the 2020-2030 Leopard Conservation National Action Plan together with several partner organizations.

Measures from in the plan:

Since 2018, a young male Leopard – who has been given the nickname Neo – has had the Khosrov Forest State Reserve as his basic residence. In 2019, inspectors of the ARPA Protected Landscape observed him in Armenia and filmed him on camera.

A young leopard living in the reserve is believed to be the result of the long-term coordinated efforts towards increasing Caucasian leopard populations in the region, preserving suitable leopard habitats in Armenia and making sure there are enough key prey animals available in the Armenian wilderness, such as Bezoar Goat and Armenian Mouflon.