The freshwater pearl mussel (Margaritifera margaritifera) used to be one of the most abundant bivalve mollusc in many Holarctic rivers on both sides of the north Atlantic, but is now declining sharply and is already extinct or near extinct in many areas where it used to thrive. It is listed as Endangered on the IUCN Red List.

The project LIFE Revives has been launched to revive the species and its habitats in the Boreal region. The project is coordinated by the University of Jyväskylä in Finland, but also encompasses participants in Estonia and Sweden.

The ambitious goal is to improve conditions for freshwater mussels in 56 rivers in these three countries. To this end, nearly 120 kilometres of river habitats will need to be restored. The project will also establish new captive-breeding stations in Finland and Estonia to provide juveniles for release into the wild. 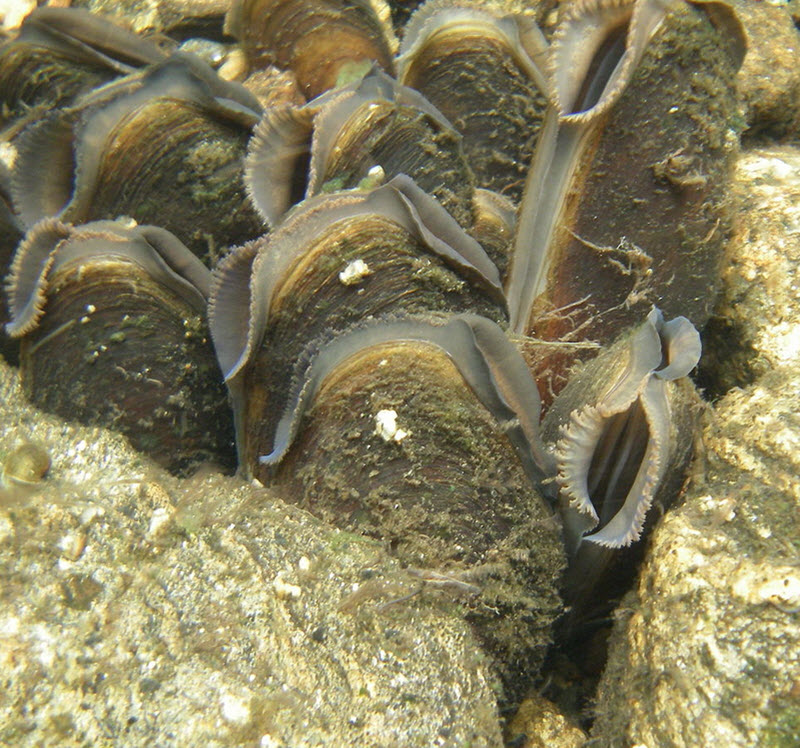 The target is to reach a point where conservation status has improved and/or adequate recruitment has been achieved in all 56 target rivers. That would impact 100% of wild freshwater pearl populations in Estonia, 25% of those in Finland and less than 4% of those in Sweden. The project aims to achieve adequate recruitment (addition of new individuals to a population) for at least 17% of the freshwater pearl mussel populations in the three countries.

Part of the project will also benefit salmonid fish in the targeted river habitats.

The project is coordinated by the University of Jyväskylä, Finland.

The other participants are:

Examples of what is planned for the project:

Almost 120 km of river habitats in Finland, Sweden and Estonia will be restored for freshwater pearl mussels and salmonid fish. This includes the construction of current deflectors for 62 kilometres of river, the removal of salmon migration obstacles from 61 sites, re-bouldering 55 kilometres of rapid river, and establishing 3 kilometres of sediment settling pools.

A total of 3 250 spawning beds will be restored for salmonid fish.

Hydrological restoration of catchment areas is planned for over 3,800 ha. To reduce the amount of nutrients and solids that reach the rivers from the catchment areas, the project will block and fill ditches, create solutions for treating run-off water, and establish buffer zones and wetlands. The amount of dissolved solids in the rivers is expected to decrease by 20-50%.

More than 1 million people will be reached through public dissemination of information.